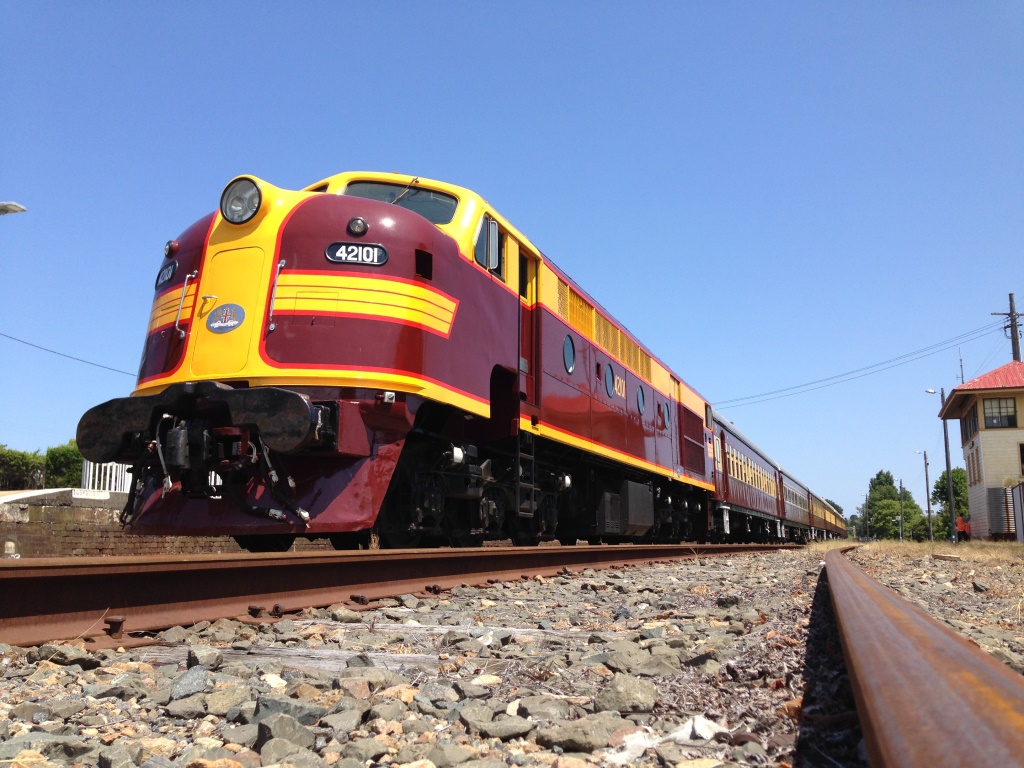 Built by Clyde Engineering between 1965 and 1966 the class of ten was based on the earlier 42 Class but fitted with a flat fronted cab on the No. 2 end. 42101 has been painstakingly restored by The Heritage Locomotive Company and runs under the accreditation of East Coast Heritage Rail. The locomotive is frequently used on The Cockatoo Run and other mainline tours. 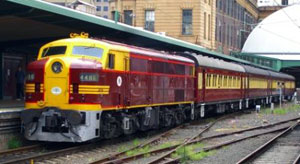 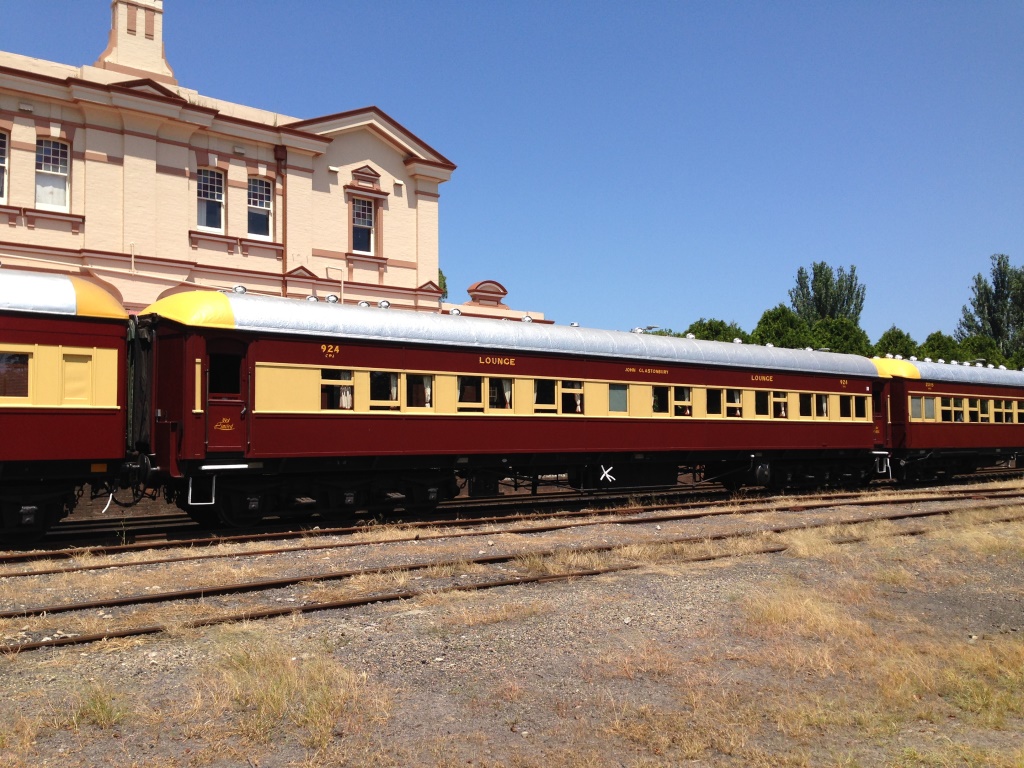 This carriage was originally built as an MFX class sitting carriage by Ritchie Brothers of Auburn, entering service in 1927. Its interior configuration was a combination of fixed open saloon seating and side corridor compartments. In 1939 it was fitted with a guard’s compartment and added to a specially formed carriage set for use on the famous Newcastle Flyer services. It was recoded to HFV to show its new purpose. It continued in this role until World War 2 when steel N type cars took over the Newcastle Flyer. In 1975 the interior was completely stripped and it was converted to an Interurban car with 2×2 reversible seating in an open saloon, and recoded IFV to reflect these changes. It was withdrawn from Government service in 1989, and in the 1990s the interior was again completely stripped and it was rebuilt into the lounge car it is today by East Coast Heritage Rail staff and volunteers. It now carries the code of CPJ 924 and is named after former company director Professor John Glastonbury.

Entering service in 1937, this car was originally built by Ritchie Brothers, Auburn as a TAM class sleeping carriage. It slept 20 passengers in 10 berths, with each berth converting to a sitting compartment during the day. It saw use on inter-capital trains to Brisbane, and long distance intrastate passenger and mail trains to Wallangarra, Murwillumbah, Moree, Albury, Forbes, Glen Innes, Cooma and Dubbo, as well as other major regional towns. Later in its life it was converted into departmental works car L516 and used on breakdown trains. In this role compartments 1-5 were stripped and the area converted to an amenities area and workspace for the breakdown crew. It’s most notable use in this condition was as a crew car while famous British locomotive 4472 ‘Flying Scotsman’ toured Australia in 1988-1989.

Restoration by 3801 Limited staff and volunteers began on this car in 2008. The restoration included the complete refurbishment of the remaining compartments, and conversion of the former workspace and amenities area into a lounge saloon, with a small kitchenette fitted in the end of the car. A complete mechanical overhaul of the bogies, braking system and couplings was also undertaken. The restoration was completed in late 2015, with the cars first trip being on the 2015 Christmas Cockatoo Run for volunteers and staff who worked on it. It is named after former company board member Ken Butt.

Built by Waddington’s of Granville and entering service in the late 1930s, the N type carriages were originally delivered in sets of 7. These sets comprised 2 BN first class cars, 3 FN second class cars and 2 HFN second class cars with a guard’s compartment. All cars had open saloon seating. Shortly after introduction to service they were rostered to work the Newcastle Flyer services, until they were replaced in this role by air conditioned carriages.

By 1969, 5 FN second class sitting cars had been converted into buffet cars and recoded RFN. 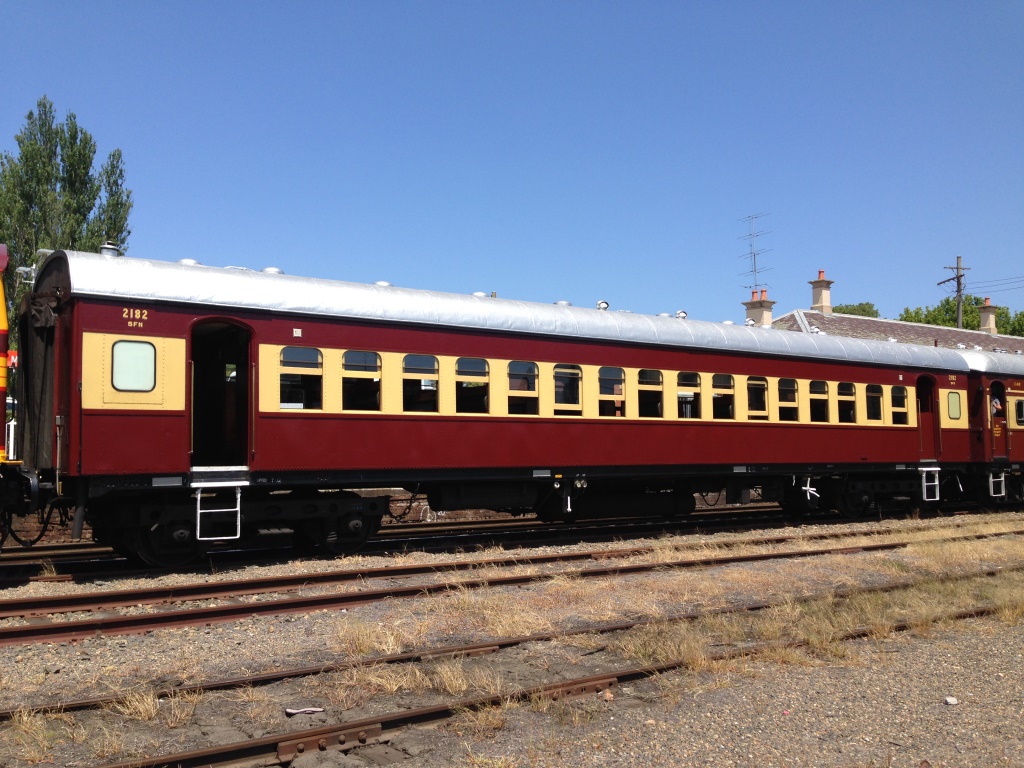 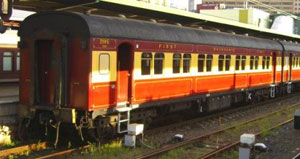 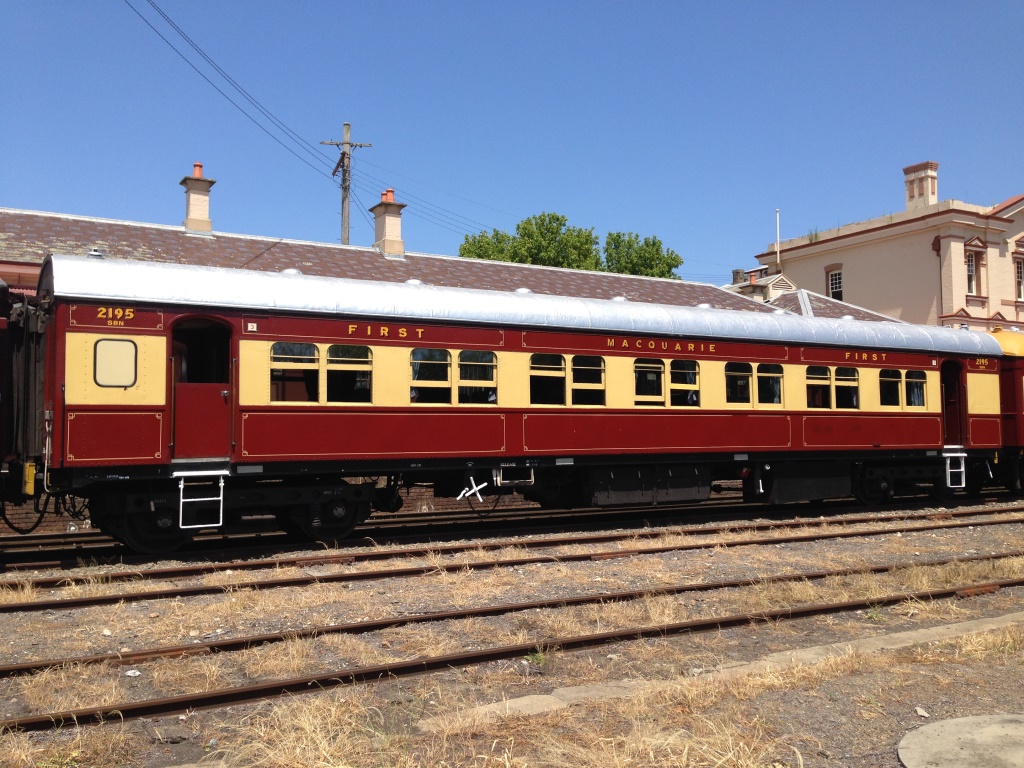 Formerly a BN class first class car, the interior has been modified to have 6 roomette sleeping compartments, a kitchenette and dining table and a small workshop in the end of the car. It is commonly used on longer distance trips when multiple crews may be required. As a result this car is not available to the general public to travel in.

Built by Clyde Engineering between 1935 and 1937, the S type carriages were amongst the most versatile in the NSW Government Railways fleet. They could be found on interurban passenger trains to Newcastle, Bathurst, Goulburn and Bomaderry, express passenger trains to regional centres, country branch line passenger trains and mail trains. Their prominence can still be seen today as there are more operational examples of S type cars than any other carriage type in preservation in NSW. Their interior configuration was side corridor with 8 compartments seating 8 people each.

From the mid-70’s to early 80’s, 8 had their interiors completely stripped and replaced with Laminex panelling, suburban reversible seating and Beclawat sliding windows. These rebuilt cars were coded MFS and were used on interurban working.
East Coast Heritage Rail has 4 S cars in our fleet, XFS 2015, MBR 2078, MFS 2096 and MFS 2145. 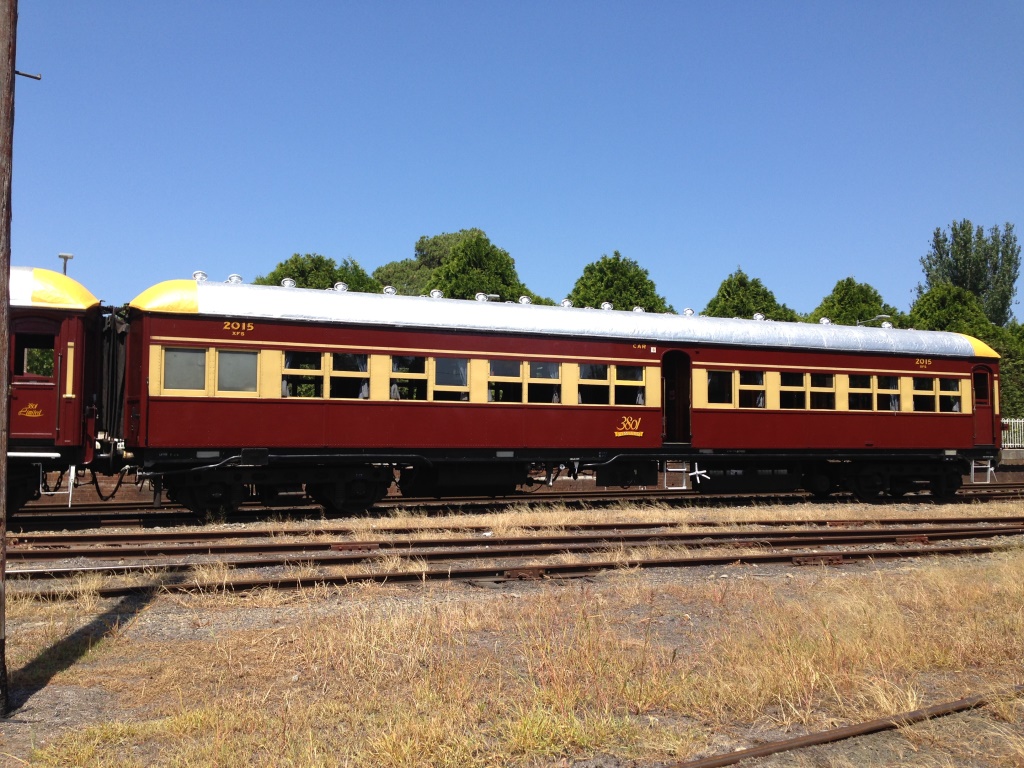 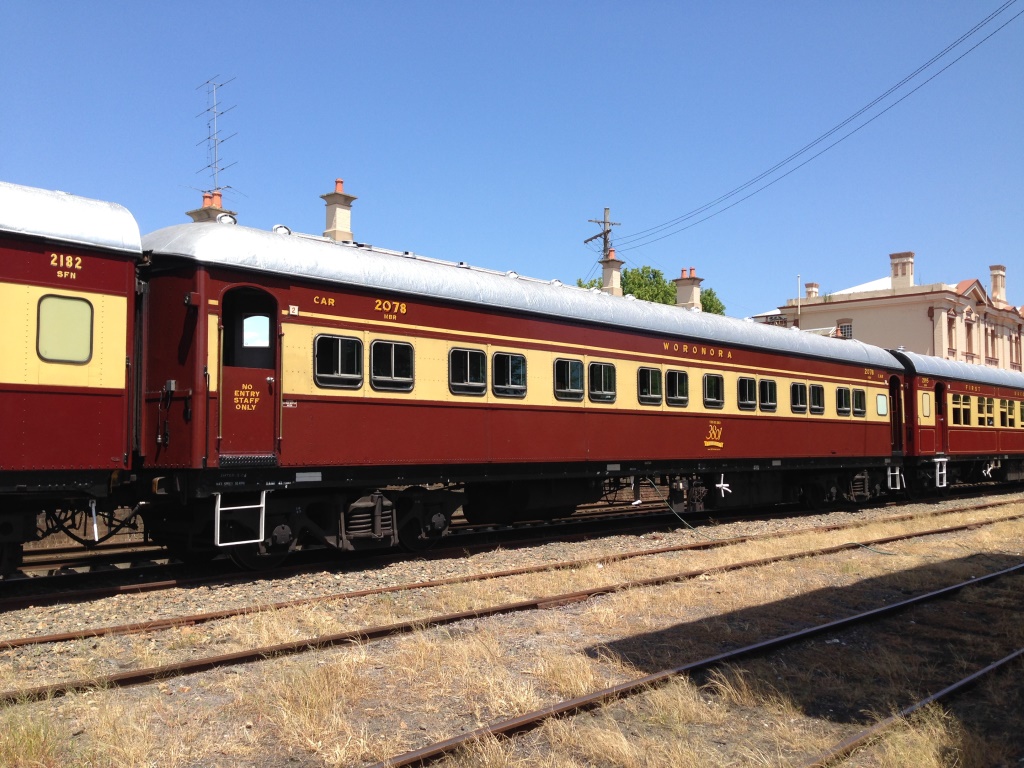